Having almost sold the city out of feathers, boas and glitter; 15 members of UN Youth Australia took to Oxford Street for the 35th Annual Gay & Lesbian Mardi Gras parade.

Despite some technical difficulties with the car early in the night causing some mild stress, a member of the parade donning a leg brace, and almost all of our members being fairly uncoordinated; “Youth United” took off down Oxford street.

We proved that excitement and enthusiasm really could make up for our inability to dance in time and lack of rehearsal time. When the car was fixed and our time came, we made our way through the parade impressed by the energy of the crowd and the support shown to us.

The night was an excellent experience for everyone involved. We had the opportunity to meet and speak with Senator Christine Milne, Sydney’s Lord Mayor Clover Moore and the Member for Sydney- Alex Greenwich. All of whom were happy to hear from us as young people getting involved in the community and supported our presence on the night.

Mardi Gras 2013 was an amazing experience; we swapped stories and dance moves in solidarity with the people who marched, rode and danced their way through a street lined with thousands in support of LGBT rights. 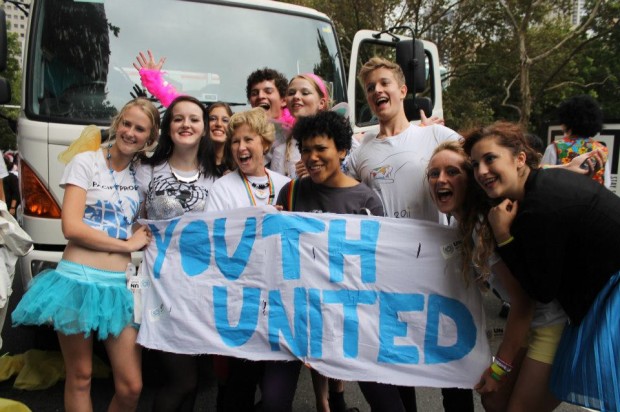