Half of the world’s species have completely disappeared in the last forty years and approximately 95 elephants are killed each day.  Terrible atrocities against our natural world are being committed every day and continue to make news headlines around the world.  It was this knowledge that inspired me to dedicate my life to wildlife and environmental conservation, animal welfare and human development. 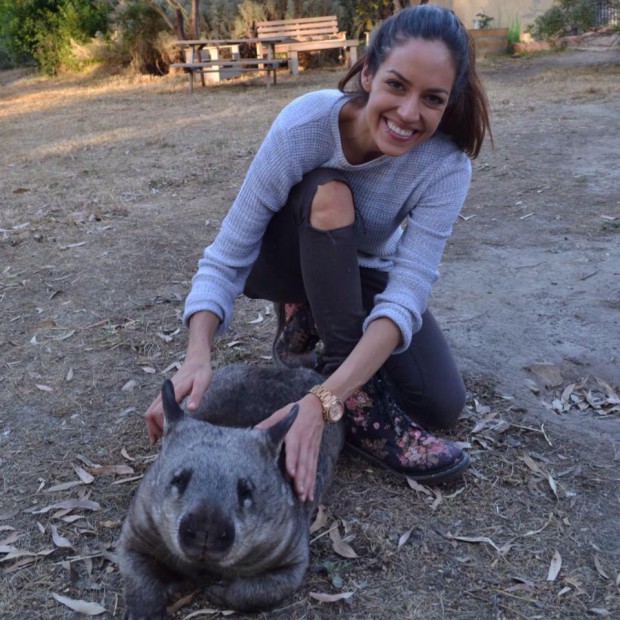 In 2008, I travelled from my hometown of Melbourne to spend some time connecting with nature throughout Asia. My first stop was Sri Lanka, where I worked with abused elephants in a rural community near Kegalle. It was in Sri Lanka that I first lay witness to the huge animal overpopulation problem that the country was experiencing.

I was astounded – particularly by the street dog overpopulation problem – at every street crossing, every corner, and outside every shopfront was a roaming street dog. More often than not, they were riddled with mange, a parasitic skin disease, and starved beyond belief. Thousands upon thousands of dogs and cats were in urgent need of medical attention, scattered across the worn streets of Sri Lanka, and nobody seemed to be helping them. Hidden within a tiny canteen in an obscure village in Sri Lanka, I came across a modest pamphlet which simply said: “Dogstar Foundation- Contact us if you have a dog in need.” I began enquiring after this mystery charity and eventually was able to meet Samantha and Mark Green, the Founders of Dogstar Foundation. Soon afterward, I became heavily involved in Dogstar Foundation, which has expanded into a leading Sri Lankan charity that is transforming the lives of animals in Sri Lanka and providing education to communities throughout the region.

From Sri Lanka, I journeyed to Malaysian Borneo, where I spent time working with orphaned and abused orangutans who were rapidly losing their habitat to palm oil plantations. These plantations have eaten away at a continent once ample in species, engulfing the countryside and swallowing the rich diversity of the famous jungle.

It was in Borneo that I met Miko, a young male orangutan who had had his habitat and family destroyed to make way for yet another palm oil plantation. My first introduction to Miko was outside my jungle-side lodge where he was perched on my balcony with my underwear draped around his neck. Despite our initial meeting being one of a tug-of-war contest (which I inevitably lost), I couldn’t help but feel a deep connection to this incredibly fascinating animal. 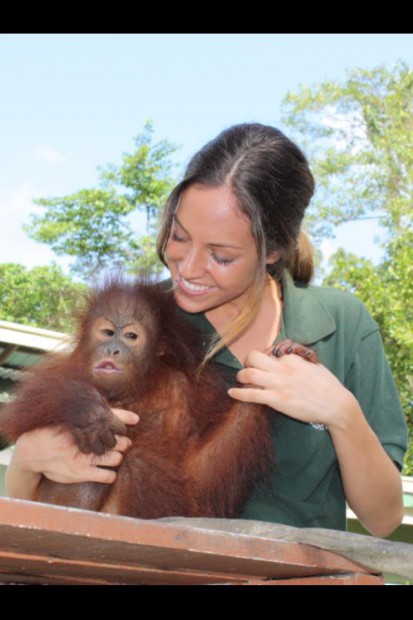 In World of the Wild, everyday people can participate in virtual wildlife conservation scenarios. The game represents 18 global charities and families the concept of saving animals. Each action that users take in this app represents a real life scenario that is carried out by My Green World’s partner charities in real life! In this game, users can build their own wildlife sanctuary, and rescue, feed and provide medical care for a variety of animals, interact with other players, compete in educational pop quizzes, and meet some of the world’s most endangered species. 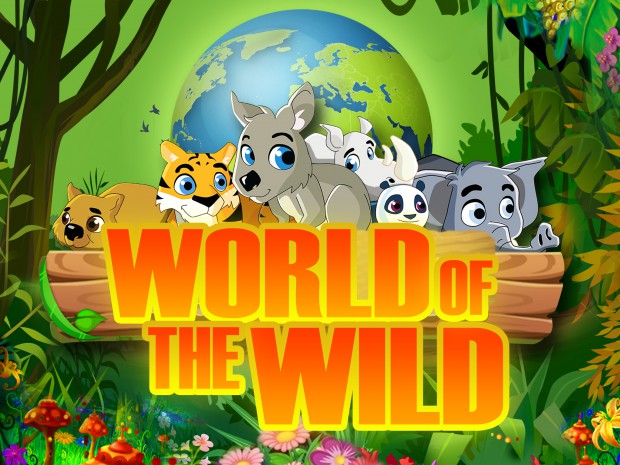 My Green World represents both one of the biggest challenges and rewards of my life – I have poured my life savings into this organisation and my mobile game app; selling my car, hosting numerous fundraisers and working around the clock to ensure that the company is able to fulfil its charitable objectives.

The progression of My Green World has been a series of successes and failures and each one is something that both myself and the company can grow and learn from. That being said, there have certainly been some major successes or ‘breaks’ which I am most proud of. Our 18 charitable partnerships and the launch of our charity-backed mobile app represent huge accomplishments for My Green World. In addition, to this we have been recognised as Social Pioneers by the Foundation for Young Australians and have been profiled in a new book, ‘Saving Wild: Inspiration from 50 Leading Conservationists’.

Working in my field, we are faced with huge barriers, and sometimes it seems that the odds are not tipped in our favour. Wildlife extinction, habitat erosion, food insecurity, poverty, and animal abuses are gargantuan issues that sometimes seem too big to take on. But we can do it. For every one person that is acting illegally or unethically towards wildlife, there are thousands of people who are fighting against it. For every one person that isn’t aware of the plight of our world’s wildlife, there are thousands of people trying to educate them. It is the individual acts of bravery that make a difference, along with the knowledge that such bravery is bringing our society together in a collaborative, compassionate space to make a difference.

My Green World’s success has relied heavily on my being glued to my laptop, networking and creating content. While I love doing this, the greatest part of my job is seeing the actual on-ground results of our work. Last year I visited the headquarters of Dogstar Foundation – one of my partner charities in Sri Lanka – and was able to take part in a two-week street dog rabies vaccination program. Two teams of six or so people took to the streets to find and catch every stray dog within carefully mapped towns of Sri Lanka with the goal of providing a free rabies vaccine to the many dogs of Sri Lanka as well as educational materials to any owners. I accompanied the Dogstar team during this campaign as we spent the day chasing down dogs, jumping fences, scaling walls, climbing through barbed wire, running along beaches and driving down tiny alleys in pursuit of dogs. Once we caught them, we would net them, record them (and their health condition) into a GPS tracker, vaccinate them, paint their little heads (to keep track of dogs that have been treated) and set them free again. In two weeks, we vaccinated over 5000 dogs. It is moments like that which make every failure, every sleepless night, every financial loss, and every bit of sleep deprivation seem completely inconsequential.

My advice would be to persevere and welcome failure. Failure is a defining and ever-present hurdle throughout our lives and is the precursor to success. As Winston Churchill said, “Success is stumbling from failure to failure with no loss of enthusiasm.”

I would also like to tell my fellow female entrepreneurs and aspiring change-makers that the world of entrepreneurs is not yet tilted in our favour. But don’t be discouraged. Never before have there been more opportunities for women, and never before have we had such support and such networks as we do today. So please don’t be afraid, nor intimidated; there are thousands of us female entrepreneurs who are waiting for young Australian women to join us in this fight for a better future.

Natalie Kyriacou is the Founding Director of My Green World and the creator of World of the Wild mobile game app. She sits on the Board of Directors for Dogstar Foundation and has been recognised as Australia’s 2015 ‘Social Pioneer’ by the Foundation for Young Australians, Griffith University’s ‘Finalist for the Outstanding Alumni of the Year Award’, and a finalist for the ‘Victorian Young Achiever Award’. In 2015, Natalie was highlighted as one of the world’s ‘Top 50 Leading Conservationists’ in Lori Robinson’s book, ‘Saving Wild’. You can follow her adventures on Facebook, Twitter and Instagram.  You can also purchase her app on the iTunes store.