When I told people that I was attending the 58th session of the Commission on the Status of Women (CSW) they said that it would be the experience of a lifetime. After spending one incredible week in New York City surrounded by the most wonderfully diverse mix of women all united by the common goal of gender equality I can fully attest to this statement.

My flight arrived Saturday night and, after spending Sunday day sightseeing and soaking up the hustle and bustle of the city, I wandered over to the UN building in the afternoon with the rest of the Australian National Committee for UN Women delegation to join the hundreds upon hundreds of other non-government organisations (NGOs) in line for our eagerly awaited UN building access cards. The vast array of cultures, languages and ages observed whilst there was sufficient to instil excitement in us all about the action-packed week ahead. 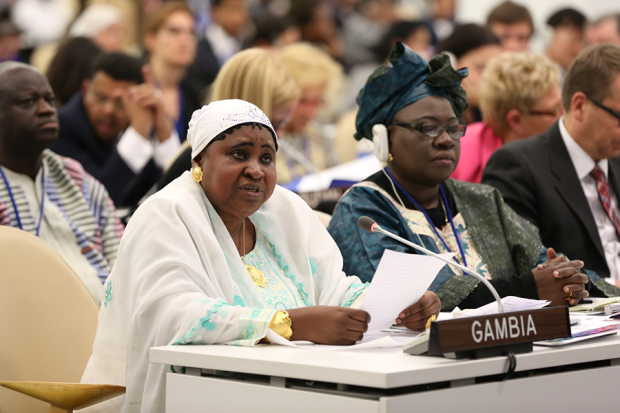 That evening, we were fortunate enough to be invited to attend the Australian Delegation Reception, kindly hosted by Ambassador Gary Quinlan at the Australian Consulate. There, we heard from our wonderful Minister Assisting the Prime Minister for Women Michaelia Cash and Ambassador for Women and Girls Natasha Stott Despoja, both from the Australian Government delegation. They made it very clear that Australia was committed to a standalone goal for Gender Equality with targets towards this goal mainstreamed into the existing Millennium Development Goals (MDGs).

That evening, we were fortunate enough to be invited to attend the Australian Delegation Reception, kindly hosted by Ambassador Gary Quinlan at the Australian Consulate. There, we heard from our wonderful Minister Assisting the Prime Minister for Women Michaelia Cash and Ambassador for Women and Girls Natasha Stott Despoja, both from the Australian Government delegation. They made it very clear that Australia was committed to a standalone goal for Gender Equality with targets towards this goal mainstreamed into the existing Millennium Development Goals (MDGs).

It was such a fantastic evening spent befriending members of the other NGOs present, including the Australian Women Against Violence Alliance (AWAVA), Women with Disabilities Australia and the Young Women’s Christian Association (YWCA) to name but a few.

I came away feeling truly blessed that I live in a country progressive enough to recognise issues of gender inequality and commit to resolving this global problem.

The rest of the week was a bit of a blur, spent listening to country statements at the main sessions as well as attending parallel events on an all-encompassing range of gender issues. If the entire purpose of the week had been to increase levels of incidental exercise then it would have most certainly achieved its aim, with more trips in and out of the appropriately named ‘Temporary North Lawn building’ than I care to count and many other excursions to and from other event locations that seemed to be randomly dispersed here, there and everywhere.

Whilst all the parallel events were valuable, a number particularly stood out for me personally and I will delve into them briefly here. 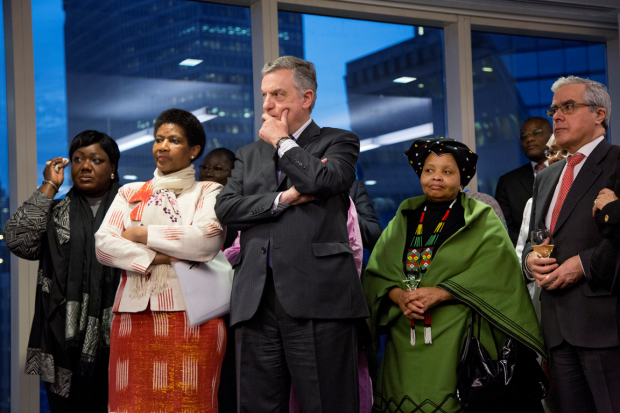 The ‘Unpaid care work, poverty and human rights’ parallel event co-sponsored by the Permanent Missions of Finland and Uruguay was highly engaging in its focus on gender inequality in the realm of unpaid care work and the continued treatment of this hugely valuable work category as an infinitive, cost-free resource provided by women. The critical role of unpaid care work and social reproduction to the continuation of society was not disputed, instead, what was explored was the need to move away from the deeply rooted gender stereotype that women should be solely and singularly responsible for the provision of unpaid care work. This misconception infringes upon a vast number of basic human rights including the right to paid and decent work, education, social security and participation and we need to ensure that unpaid care work is better valued, supported and shared between women and men and between the state and the household.

A similar session on ‘Women’s economic opportunities: Unpaid care and beyond’ co-hosted by the World Bank and the Australian Government focused on women’s involvement in paid work. Australia’s Sex Discrimination Commissioner Elizabeth Broderick spoke about the need to change social norms including that of the ‘ideal’ worker, a person with 24/7 availability, no visible caring responsibilities and subsequently generally male. She bought to my attention her Male Champions of Change initiative which is a group consisting of Australia’s most influential male CEOs and Chairpersons who are joined by their commitment to help increase women’s representation in leadership positions.

Finally, AWAVA’s session ‘Disability and Inclusion: Key Issues for Women and Girls with Disabilities in Australia’ was powerful in its revelation that women and girls with disabilities are twice as likely to experience violence throughout their lives than those without disabilities.

On Friday, I was lucky enough to attend the National Committee Meeting, opened by none other than UN Women Executive Director Phumzile Mlambo-Ngcuka, an incredibly inspirational woman.

Reflecting back on the week, I am overwhelmed by the amount of knowledge I absorbed and the number of women whose stories I heard. It was indeed a truly life-changing opportunity.